Mathematics is often seen as the epitome of a study of hard facts: answers are either right or wrong, concrete algorithms give concrete results, and mathematical claims are either true or false. All seems somewhat binary with no place for ambiguity or nuance.

Yet practitioners of mathematics attempting to describe a mathematical construct or model a physical phenomenon for the first time don’t necessarily have pre-ascribed “facts” to hold on to, and so must toy with alternative choices for beginning assumptions that might or might not fit well or offer the right insight. Even hard and fast questions in mathematics — Are there infinitely many examples of “twin primes,” that is, pairs of consecutive odd numbers like 11 & 13, and 41 & 43 both of which are prime? Do the equations governing fluid flow actually have smooth mathematical solutions? — can only be pursued through partial progress with partial answers as the subtlety and the nuance of problems are explored. In research mathematics improvisation is par for the course.

We typically don’t teach the confidence to pursue the unknown in school mathematics because we give the impression that all is already fixed and known.

Yet students and educators do contend with ambiguity and uncertainty, regularly so when studying and thinking about the school curriculum. They just rarely speak about it.

Because of the societal view that math is concrete, having questions or doubts about what one is studying is often interpreted as a sign of inadequacy, if not failure. Yet I would say that the students and educators having those doubts are deep thinkers and are engaging in effective learning. They should be encouraged to explore the haze, not run from it just to catch up with the textbook pace. Thinking deeply about allegedly simple ideas is the path to extraordinary understanding and impact.

Let me give an example of a solid math topic that, upon reflection, we see is deeply nuanced and potentially very confusing, despite its algorithmic simplicity: grade-school division.

Consider the division problem: 20÷4. What does this mean? What are we being asked to compute?

I see five approaches taught in a typical school curriculum.

These models of division are typically introduced at different times throughout a curriculum, often simply when it seems convenient to switch gears to analyze a new type of problem. Sometimes there is little or no justification as to why a change of perspective is valid. Is it philosophically obvious that the processes of group-finding and of sharing, for example, give the same numerical outcomes each and every time?

This is a lovely matter to ponder upon! And beautiful mathematics instruction does dwell on these matters and invites learners to wonder, ponder, and struggle with such issues.

In my experience, students typically tend to focus on the “division as grouping” model as the basis idea for their thinking and then work to extend that model to make sense of the other four. For instance, look at the left picture of the various groups of four highlighted in a picture of twenty pies. These groups of four show how to share the pies:

In general, in the sharing model, each recipient receives one pie for each group identified in the group model and so receives as many pies as there are groups.

The same picture also shows twenty as “five groups of four” and so explains the reverse multiplication model, and it also shows that we can subtract four from twenty five times to thus explain the repeated subtraction model. There are certainly matters to think through in understanding the equivalence of the first four models.

But the fraction model …

In school mathematics, we have been trained to say that “of” means multiply. So when we read 1/4 × 20 , we immediately say “a quarter of twenty.” And the sharing model picture on the right shows that a quarter of twenty is five. This seems well and good.

But there is something subtle and perturbing here. It is not clear that “1/4” and “20” are being used in the same way. We have a number, 20, and actual collection twenty pies, but we’re not using 1/4 as number here, more as an instruction: find a quarter of …. So fractions are not numbers, they are instructions?

In fact, we are first taught to view fractions in this way in early grade school. Fractions really are not numbers, they are the calls to action to find parts of a whole. We ask young students to circle a third of the kittens in a picture of six kittens

or to circle half the stars in a picture of stars.

And we really can’t think of fractions as arithmetic objects here. For instance, what does it mean to add together a third of the kittens and half of the stars?

(One might say that the result is four circled objects among a total of ten objects suggesting the answer 4/10. Is that the answer you are later taught in school?) We certainly can’t multiply kittens and stars.

And this is the model of fractions many people hold in their long-term memory.

And then at some point we are told that we can add fractions if we keep the “wholes” the same: three fifths of a pie plus one fifth of a pie, for instance, is four fifths of a pie (just like three apples and one apple make four apples). But even here, if we are beginning to treat fractions as numbers, multiplying and dividing fractions seems absurdly out of reach. Still, what does it mean to multiply portions of pie?

So in our fifth model of division — trying to make sense of 1/4 × 20— we are confronted head on with the problem of understanding fractions and the multiplication of fractions as numbers. Our minds have been well trained to quickly say: here “1/4” means “take a quarter of” and “20” means twenty and we don’t notice that we are operating with an instruction and a number, not two numbers per se. This is actually confusing. Matters are worse if we work with

as one of these fractions is a number and the other isn’t in this model. (What can you say then about a third times a quarter? Fractions can simply switch roles willy nilly?) For those who wish to dwell deeply on matters, making sense of the fractions as numbers is a challenging intellectual journey.

Mathematics, especially “elementary” school mathematics, is chock full of nuance and doubt. Rather than side-step, if not run, from the haze and the confusion we can view ambiguity and nuance as an invitation to probe and discuss and explore. We might not be able to fully answer all our questions and we might in the end simply identify a list of things the world just seems to believe about fractions (and not know why). But identifying what you don’t know is a powerful enterprise, one that allows you to move forward nonetheless with clarity and intellectual conviction.

It is wonderful that mathematics classes too can provide the opportunity to teach the power — and delight — of identifying what you don’t know as a basis for taking steps forward. 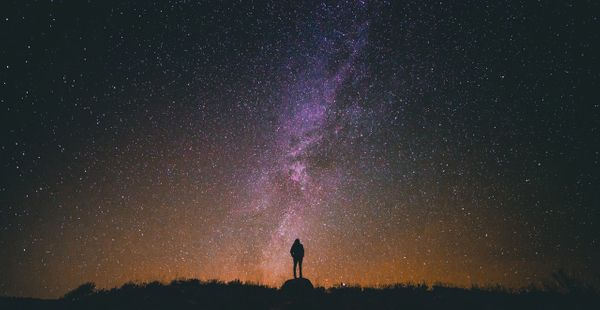 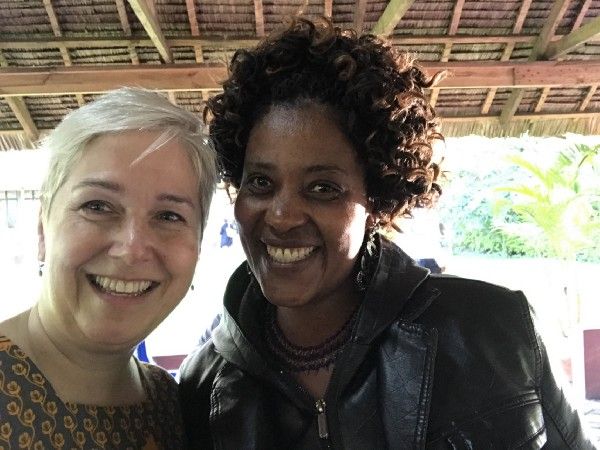 We all may truly want the same things for our students. A big question started as a little doubt, a little question, as I was thinking about our undergraduate majors