Snowman in Oryx and Crake. Case in Neuromancer. Theon Greyjoy in Game of Thrones, for goodness’ sake.

Hopeful and optimistic stories can seem like fairy tales, and talking about them can be squirmily uncomfortable, as if one suddenly found oneself hawking snake oil. Writing about darkness and death can carry such realness, such gravitas.

The Center for Science and the Imagination’s anthology Hieroglyph: Stories and Visions for a Better Future began to address the need for visions of the future that are intellectually and emotionally credible without reveling in catastrophe, and we’ve continued that work in this volume. We’re not doling out saccharine promises and we’re not covering the old stained sofa with chintz. We are trying to offer new, ambitious but achievable visions of a near future.

There are many possible futures for our society, for humankind, and for the Earth.

We need compelling examples of futures we actually want, to inspire us in how to move forward. Humans in space is a part of all the good futures we are likely to be able to attain. In the long run, the arc of civilization and our irrepressible curiosity will inevitably impel us to explore the solar system and the stars beyond. But first we have to believe such futures are possible. And to act upon our hopes, we need to believe that, individually, we can make a difference.

To make that individual connection possible, we need futures that are not just abstract, zoomed-out images of white guys from Central Casting saving the world for everyone else. We need images of people like us taking action to realize those futures.

To build a future for everyone, we need to include everyone: we need heroes that reflect the full diversity of human experience.

We need female protagonists who are not reduced to sex objects. More characters like Dr. Louise Banks, Amy Adams’ character from the film Arrival, who repeatedly ignores hierarchy and peer pressure to make the right decisions. We need strong protagonists of color, of all gender and sexual identities, drawn from all walks of life and communities of faith.

We need every kind of person to be able to envision themselves in the future.

In this way, the question of representation is really about participation: inviting everyone to imagine themselves in these futures. This parallels one of my gripes about the way science is often taught in high school and college, as a series of facts that needs to be memorized. If everything is already known (look at the thickness of that book! What else could be left unknown?), then what place in science is there for the student?

If science was taught as a series of questions — which is truly what it is — then finding the next unanswered question would be easy, and there would be openings for anyone who is interested to participate. This is a passion in my life, a set of concepts that have swept over all I do and colored every meeting and conversation.

Drive education through the questions of the learner. Invite every person to participate in every endeavor.

Recently I taught a class about Charles Darwin and the voyage of the Beagle. The students were fascinated by the fact that Darwin was not a great student, no genius, and had been brought along on the trip as a gentleman companion for the captain, so the captain would have someone to talk to. (That didn’t work out well — Darwin was incapacitated with seasickness almost the entire time he was on board.)

Darwin had a great skill, though, and that was observation. He looked carefully at his world and he thought about it. Several students in the class were so inspired by this idea that they emailed me about it afterward. They could do that! They could use Darwin as an inspiration in their own lives, and look more closely at our amazing, mysterious universe in order to think more deeply about it.

What could we accomplish if a larger proportion of us thought clearly about, and worked to create a positive future for, our species?

That big question begs a more immediate one: how do we teach these skills? Surely not by enforcing passive listening and valuing only memorization and formulaic execution of exercises that are already well understood. We need to practice the skills of exploration in the classroom. We need to present open questions and practice answering them.

To make a difference you don’t need inherent genius. You need practice and drive and grit, not genetics. Being a strong leader requires, in the words of the psychological profile, “high hedonistic and low fatalistic.”1

If there is no hope, there is no purpose in movement. And the greatest work is done with the energy that comes from hope and belief in the impact the work will have.

At Arizona State University, we try to teach and model these lessons. We could teach science and engineering, planets and stars and earthquakes and volcanoes, all day long, year in and year out, but without team-building, a vision for the future, and leadership, that knowledge is emptier and drier. Scientists are commonly taught that these competencies are “soft skills,” intrinsically less important than technical field expertise, and that our emotional response to our work is irrelevant (and even embarrassing). But every endeavor depends on human interaction, on trust, generosity, shared stories, and optimism.

If we know how to work together better, ask and answer bigger questions, and build a positive future story, our efforts will go so much further.

So we run workshops on teams and negotiation and interviews. We talk about implicit bias and equity. We work toward greater justice in the classroom and among our colleagues.

For years I have been convinced that civil behavior in teams — listening to each other’s ideas, conscious invitation to quiet members of the team to speak, and mannerly disagreement — makes for a good working environment, better research, and better outcomes. But these behaviors are not often spoken about or valued in academia and other research environments.

My commitment to these ideas has recently been validated by NASA’s decision to approve a project that has been deeply informed by them. In January 2017, our NASA mission concept, Psyche, was selected for flight, after five years of preparation.

The Psyche mission will explore a unique 296 visions, ventures, escape velocities metal asteroid orbiting the Sun between Mars and Jupiter, promising to give us unique insights into the building blocks of our solar system. One of the reasons we were selected is the high functioning of our team.

Teams that listen to each other and treat each other as respected experts are more likely to discover and solve the flaws that might otherwise put a mission at risk.

They are more likely to attract and keep the best talent. And they are much more likely to be, and stay, diverse. As a reward for our team culture and what it has enabled us to accomplish, we are now on our way to sending a robotic spacecraft to visit a metal world — the first metal body humankind has ever explored.

The future will always be a story, so we need stories that give everyone a voice. Our beliefs about what will happen next shape the way we behave now. The future we envision creates the present we are in. Let’s envision better. 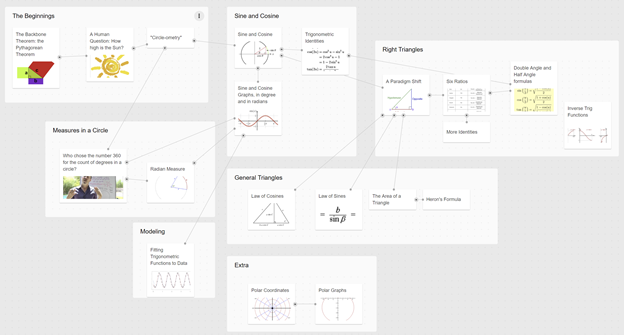 Inquiry-based learning, project-based learning, and exploratory learning are terms we often hear today. Even if we don’t know what they mean in practice (I confess, I am not sure

Mathematics is often seen as the epitome of a study of hard facts: answers are either right or wrong, concrete algorithms give concrete results, and mathematical claims are either true