Have you ever noticed that there are different kinds of Labrador retrievers? I don’t mean the black, yellow, and chocolate kinds, I mean differences in attitude. Among the wide variation of the breed, there are some that are smaller, calmer, and more sensitive. And there are some that are always like a bull in a china shop, enthusiastic, barging, hard to control.

A friend who had for decades trained labs for field trials, where the dogs work at a distance to pick up birds and retrieve them in a standardized and scored version of duck hunting, told me this story. When field trialling began to be highly competitive the trainers wanted ways to communicate with their dogs instantaneously. When training, you want to be able to give the feedback for an action instantly as the dog is thinking about what they are doing, not a second later when their mind has gone on to the next thing. Some of the trainers decided they wanted to use electric collars so that their feedback to the dog could be delivered more instantaneously.

Now, for the record, I am not a huge fan of electric collars, which deliver a shock to the dog’s neck as a correction. I did use one once to train a dog when his owners said they would euthanize him if he did not stop barking. I thought that saving his life was worth the unpleasantness of the shock, when all other methods had failed. (His life was saved.) I’m a big proponent of positive reinforcement. But none of this is the point of this essay.

So. What did the labs think of the trainers’ use of electric collars? Some of the labs just couldn’t take the stress of getting that kind of weird unpleasant correction. They stopped working confidently, and some simply stopped working. The trainers began to breed a tougher variety of lab, one that could cheerfully withstand the stress of working with an electric collar. Soon they had the nerveless, strong-as-an-ox type we see sometimes, pretty impervious to physical discomfort.

I’ve thought often about the tough dogs and the opt-out dogs as I went through my education as a scientist, and as I continued as a professor and now a university administrator. Throughout my education I often felt like I was enduring the classroom experience rather than fully embracing and feeling a part of the culture.

I’ve come to think that the traditional ways of teaching science and math are sometimes like training with electric collars. The student is expected to undergo many tests that contain negative corrections (grades and harsh judgments). I used to think that if I didn’t thrive in that environment it meant I had failed, and it meant that I was weaker and less valuable than someone who throve there.

That’s not the case. There are some people who thrive in the hierarchical world of corrections as a way to progress. Those of us who do not love it are not less valuable and we are not weaker. With human students as with labrador retrievers, a highly specified, punitive training environment encourages performers who do exactly as they are told, do not stop and think too much, and do not offer new behaviors and ideas. For maximum creativity and breadth of ideas, you’ve got to get rid of the shock collars and the hair-trigger timing.

The Culture of STEM Fields

The testing-dominated, hierarchical culture may be a significant component of the lack of diversity in STEM fields: if you also feel like you are not part of the in-group, then withstanding the culture is that much harder. Why not go somewhere that feels welcoming and where you have the experience of inclusion and success? [So…this is why changing culture in STEM education is so critical. Another essay.]

For years I puzzled over the question of how to maintain rigor and excellence during teaching in math and science, while minimizing judgment and stress. Every creature, whether a dog or a person, will bring more new ideas and more creativity when they are relaxed, encouraged, and feel a part of the team. How to maximize that energy?

In part I want to break down the barrier, the hierarchy, between professor and student. Inquiry is much more exciting when we are on the same team, facing in some direction together, and trying to make progress. In the classroom, however, the professor faces the students and the students face the professor and information goes mainly in one direction. It’s a static arrangement.

A year and a half ago my son Turner Bohlen, my husband James Tanton, and I came up with a new structure for online learning, and we started our company, Beagle Learning. This structure is based on a natural pattern of inquiry: we learn something, and then we are motivated to ask questions, and these questions lead to new content.

Since we are progressing based on our own questions, we always know the purpose of the content we are trying to understand (here’s the TEDx talk I gave about this). When we are asking and pursuing our own questions we can regain the joy of pure learning and exploring, something that is sometimes lost in school.

I tested this methodology in my classroom in Fall, 2015 at Arizona State University. I was teaching a one-hour seminar called “Detecting Habitable Planets.” On the first day I introduced the 20 students, undergraduate sophomores to senior PhD candidates, to the idea of exploration via questions. They were up for trying it! So, on the first day, I gave a twenty-minute lecture on how rocky planets form. Then, I asked the students what their natural next questions were, on the way to trying to understand how to detect habitable planets.

We decided that each person got three votes for the questions. The winner for week one was, How little Z is too little Z?

Astronomers, you see, refer to all the elements except hydrogen and helium, which make up most of the universe, as “Z.” Z therefore contains almost everything we need for habitability: oxygen to make water, nitrogen and carbon and all the rest to build creatures, and so on. Could there be a star system with so little Z that none of its planets could be habitable? That’s the question from week 1.

I spent a couple of days finding something to read that addressed this question at least in part, and I sent it to the students. They had to read it to the best of their ability — we understood and accepted that none of us fully grasp anything we read on the first try — and write a one-page summary of what they could gather.

In class, we asked each other questions and wrote on the board, and sometimes I or another person would give a little mini-lecture to explain a technical point. At the end of the second class, we again listed our natural next questions and voted.

We began to build a Beagle Map of inquiry. The questions are in green, and the papers we read in purple.

At the top you can see our class votes on whether we liked the two papers we had read that week…you can see that someone in the class was brave enough to say my paper was Ugh! She disliked it because it had no references, but it was written for a popular audience for a publication that did not allow references. I agreed with her! And, acknowledging our emotional responses to the work we were doing was important to overcome that imposter or outsider syndrome. It worked.

Things were happening in the classroom that were thrilling to me. After a couple of weeks, the students noticed that even after reading they were not really making firms steps toward answering their questions. They realized that their early questions were not as well-posed as they could have been, and they started tuning the questions. The question for week 8 was, What is the role of salts on the presence of water and habitability? Much more answerable.

Here’s the map we had by week seven.

The class became more interactive and energetic every week. Students started telling me it was their favorite hour of the week. Senior students started thinking about unanswered questions that they could actually use as research questions and write papers about.

A sophomore said to the class one day...

how do we know when we know something?

Now there is a great question. If I could get all of the world to ask themselves that, my work would be done.

On the last day of class, we drew the whole exploration map we had made through the semester. We walked through it, seeing if we could now answer our questions. We ended up critiquing the questions we could not answer, discussing what rewording would make them answerable. A friend who was visiting from another university said it was one of the most energetic and engaged classes he had ever seen.

That class was a good experiment. The way we learned created inclusion and respect. All the students ended up knowing more about how to follow a line of inquiry and how to learn something. They also learned first-hand that science is not a lot of answers done by someone else, it’s really a tremendous quantity of questions waiting for their own contributions.

This style of class is only scalable to a certain size, but the concepts can be taken as far as we want to. We can present learning maps online, scalable to large numbers, and that is what Beagle Learning is doing.

But at ASU, in the classroom, we are working on bringing even more exploration to classrooms of all sizes and in all fields. Let’s learn how to answer unanswered questions, and prepare society for our future. Let’s learn in ways that everyone wants to opt into.

The quality education that we need isn’t about what other people have done. It’s about what current students will do. Having just listened to Malcolm Gladwell’s podcast 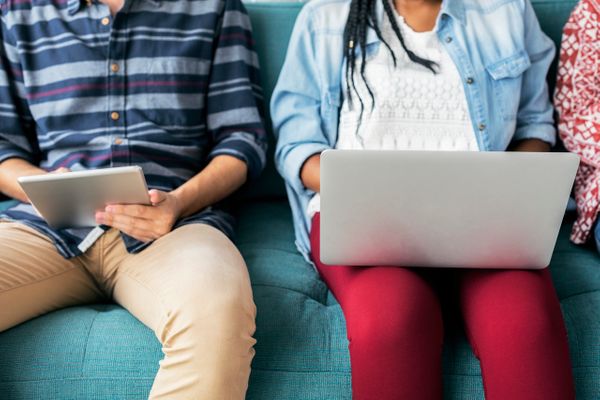 Some years ago a couple of MIT undergrads told me they no longer went to lecture, because the lectures were videotaped and put online. Watching the lectures online was actually